The Museum Island occupies the northern part of Spree Island.
Since 1999 it has been declared a UNESCO World Heritage Site.

As the name suggests, the island is home to 5 internationally known museums.

More about the Museum Island

The museum island includes the Pergamon Museum, the New Museum, the Bode Museum,
the Old National Gallery and the Old Museum

Important works of art from Germany are on display, and it would take a day to visit all the museums!

Until the age of 18, admission is free.
Prices may vary, check the museums official website.

Many people choose to see only one museum, usually the one in Pergamum!
However, if you intend to visit at least 2, it is recommended to buy the 1-day ticket
valid for all museums!

Even in the off-season, there is a lot of queuing at the museum ticket offices.
To avoid wasting time, it is advisable to buy tickets online. 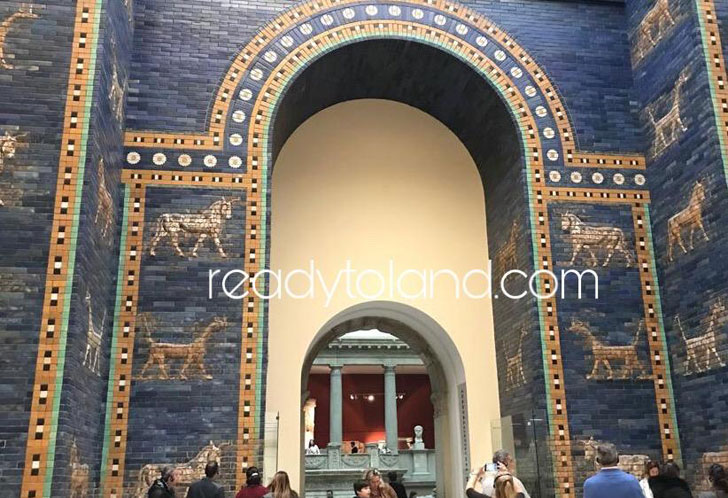 The Pergamon Museum boasts one of the largest collections in the world of ancient Greece and the Middle East. Even people who are generally not interested in museums should visit this museum.

★ The audio guide is included in the price.

In the photo, you can see the Ishtar Gate, in cobalt blue.
This is the gateway to Babylon, which has been reproduced.

The Market Gate of Miletus, built in 120 BC and is made up of a mixture of styles.
The Hellenistic and Roman styles can be seen.

The colonnade was the enclosure of the temple of Pergamum. On both sides of the pillar,
there are statues. The one on the right depicts Trajan while the one on the left Adriano,
the Roman emperors who ruled Pergamum. 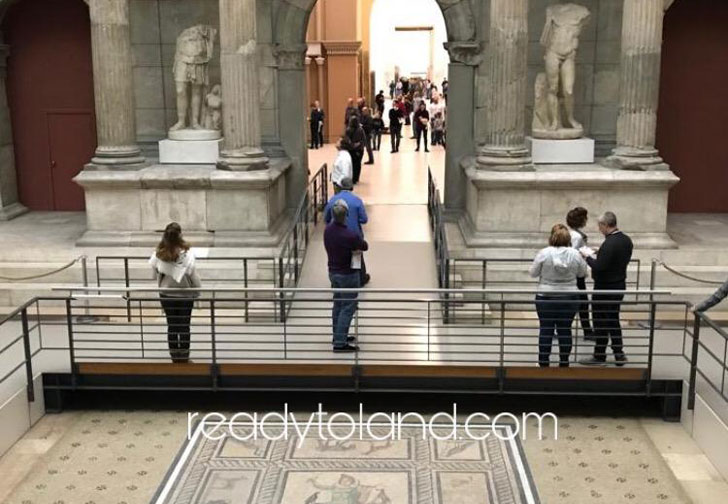 The Miletus mosaic floor is Roman style.
It is based on the story of the Greek mythology “Orpheus”. 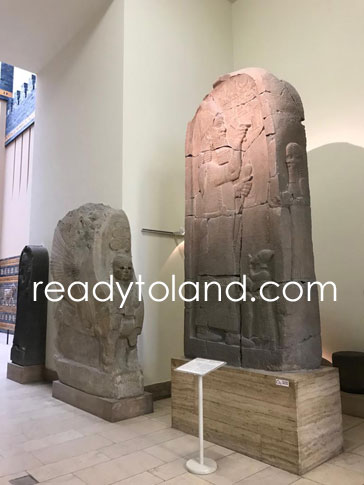 Following there is an exhibition on ancient Western Asia and Islamic art. 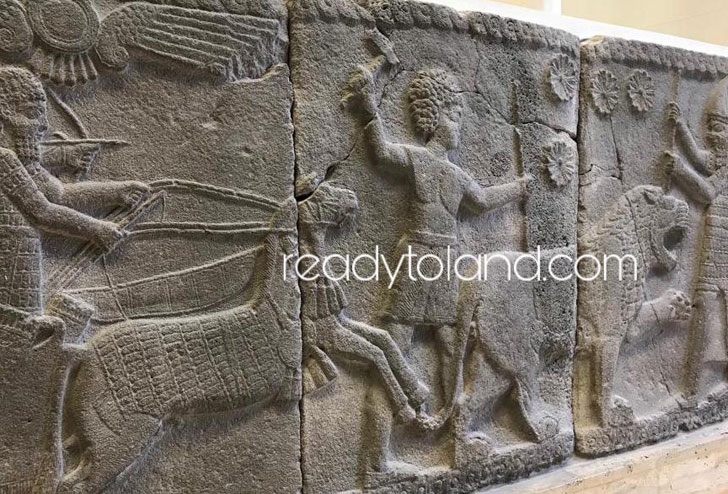 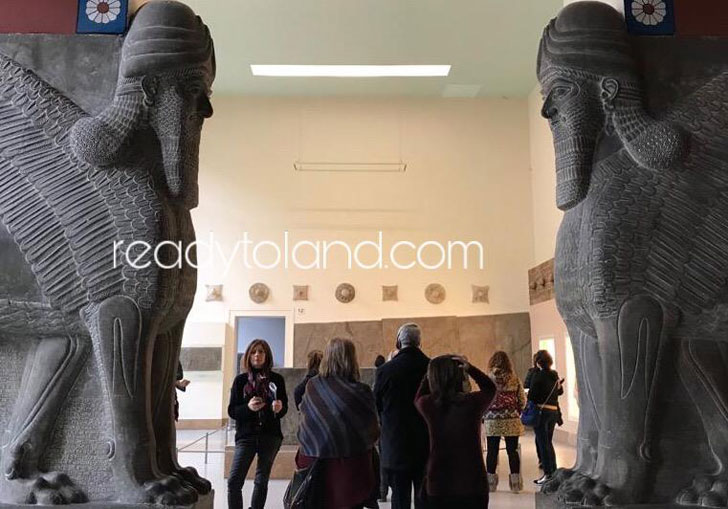 (Photo below) The Aleppo room is immediately noticeable because of the colors and details!
This is the reconstructed reception hall of a wealthy Ottoman merchant. 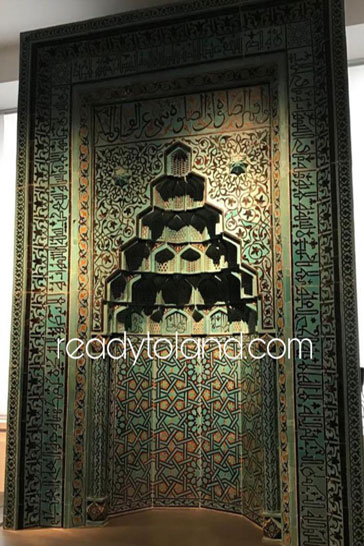 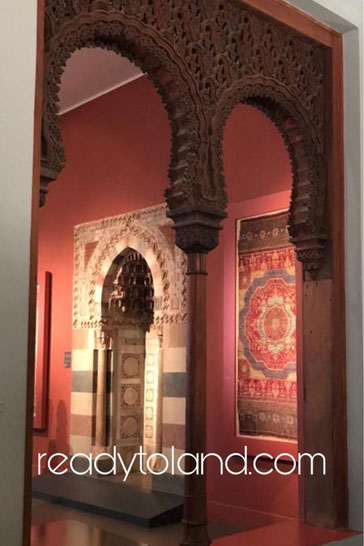 The Mshatta Facade is the decorated part of the facade of the 8th-century Umayyad residential
palace of Mshatta. 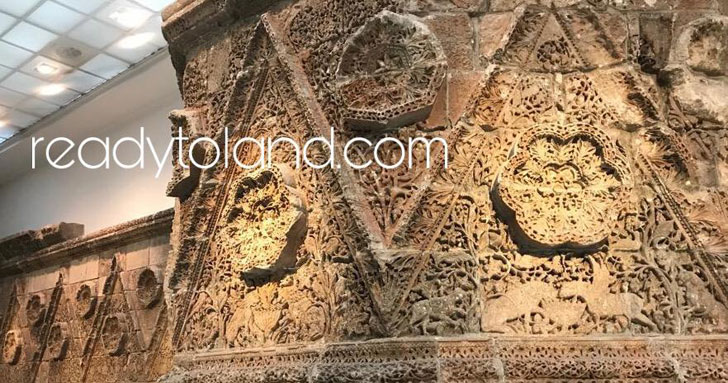 Unfortunately, when we visited the museum the famous Pergamon altar was being restored.
It should reopen in 2023, but there may be some delays.

Pro tips: To visit the museum comfortably, you can leave your things in a locker that opens by inserting € 1, which will be refunded upon collection

To use public toilets in Germany you need to pay.
So it’s recommended to use the museum one as they are free! 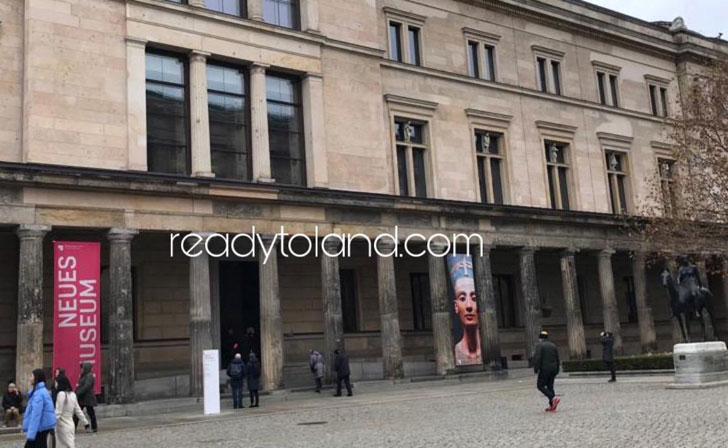 The new museum was founded in 1855, however, the building suffered severe damage
during World War II and reopened in 2009. 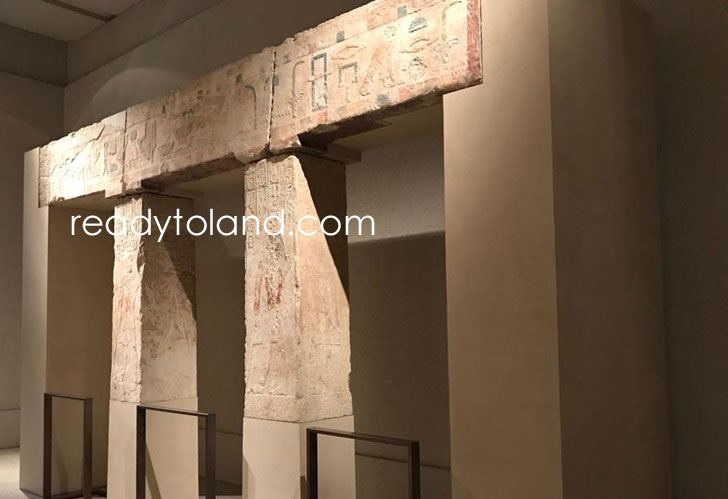 The museum displays more than 9,000 artifacts and works of art from Ancient Egypt. 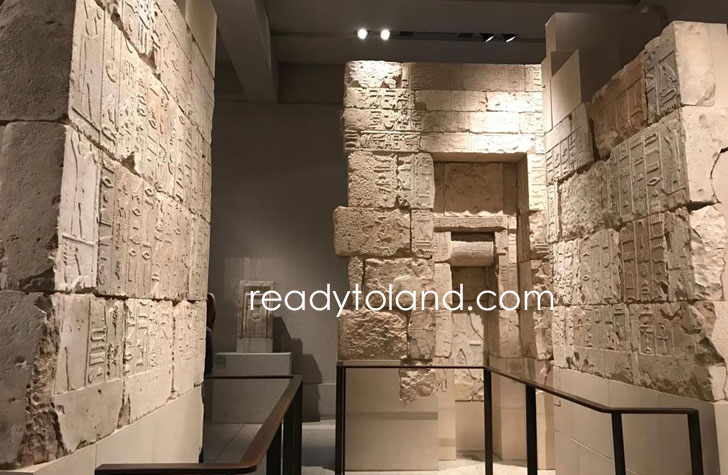 There are also many hieroglyphs that are well preserved and can be seen. 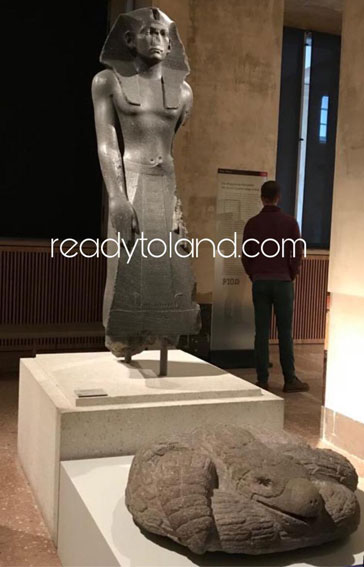 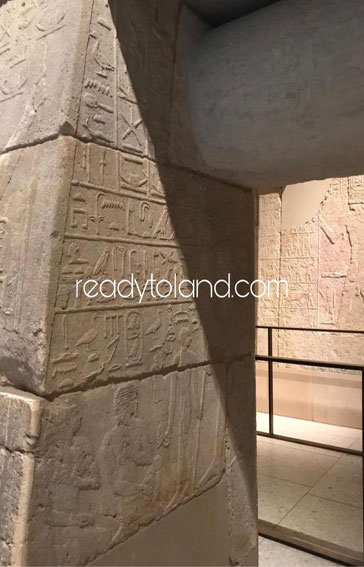 On the second floor, there was “The bust of Queen Nefertiti” which is a masterpiece of ancient Egyptian art. It is not possible to photograph it. 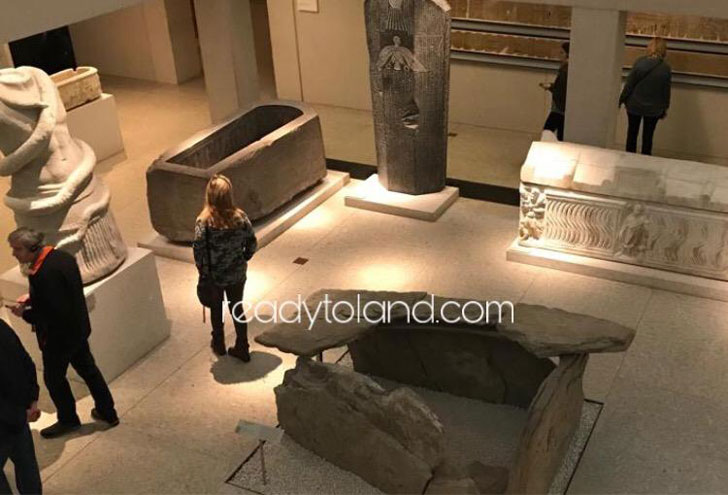 The sarcophagi have engravings that tell the life of the person inside. 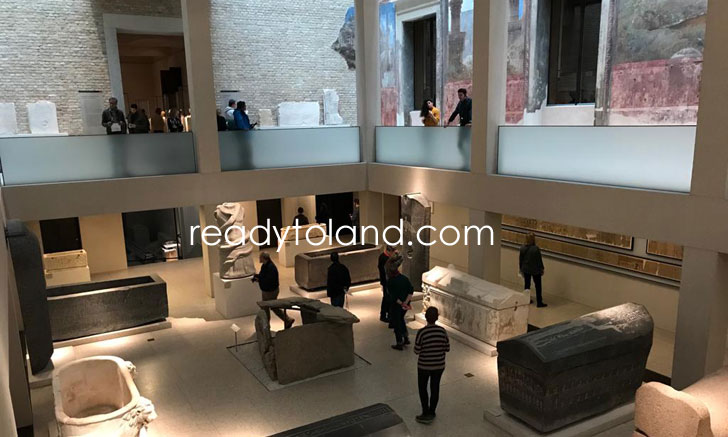 There is a rest hall and toilet near the exit.

This time we could only visit two museums

When we’ll visit Berlin again, we would love to see the other three! 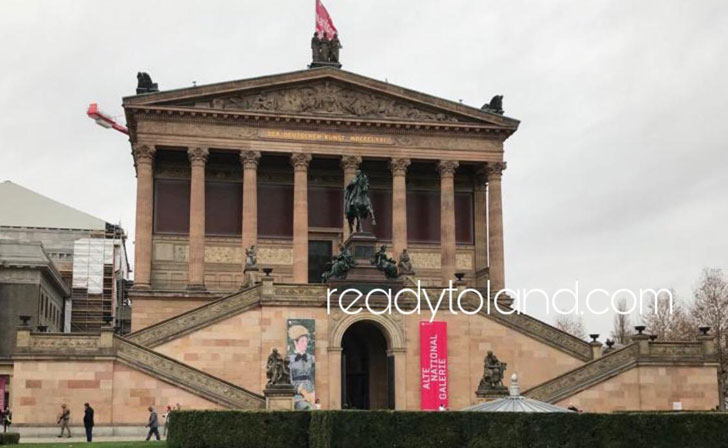 This museum with a Roman temple appearance houses 19th-century paintings and sculptures.
Manet, Cezanne, Monet but also Friedrich and Lieberman are displayed. 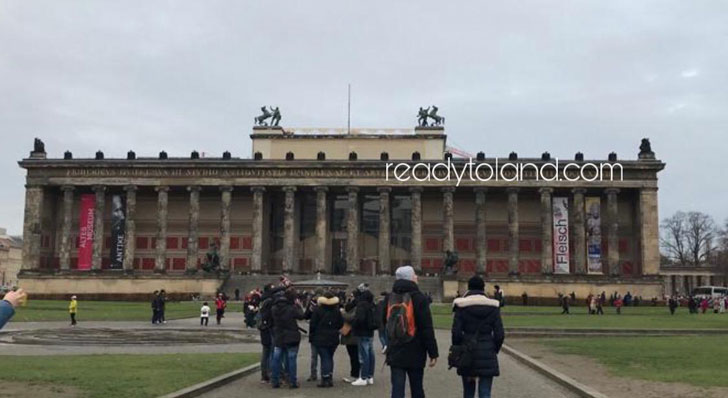 The fascinating building resembles a Greek temple, in fact, it is considered one of the
most important architectural works of Neoclassicism!

It was built around 1830 and was later damaged in the Second World War.
Its reconstruction ended in 1966.

It mainly presents an exhibition of Roman, Etruscan, and Greek art.

A museum where precious collections such as sculptures, coins, and Byzantine art are exhibited.

Visit the introductory page of tourist spots in Berlin

The Pergamon Art Museum is under restoration and therefore can only be visited for half of it,
but it is still worth seeing.

The 1-day museum ticket is great if you visit at least two museums.

If you don’t have much time I recommend you to see the Pergamon Museum and the New Museum. For the last three, if you have time, you can see them in one day.

What to do in Taketomi Island, Okinawa

After visiting Ishigaki take a ferry from Ishigaki port to Taketomi island for 10-15 minutes. Tourist information on the buffalo wagon and walks on the beach, how to get to the island, where to buy tickets, etc.

Visit the Baltic with the Silja Line ship