Did you know that Europe is the smallest continent after Oceania?
Yet I never felt like it was one of the smallest!
Maybe it’s because the history, culture, traditions of European countries
have always fascinated me a lot.

Since 2017, when I discovered Ryanair airline, I have been traveling a lot in Europe,
always at super low prices and visiting more than one city at the time, with trains
or with the FlixBus bus! 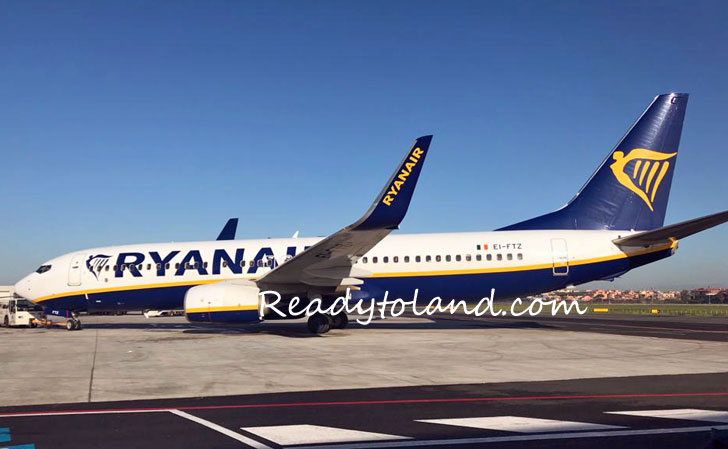 Especially as a European citizen, I was always surprised by the advantages I could find
in cities like Paris, where up to the age of 26 you can see the Louvre for free, or in a city
like Rome, where once a month I could see the museums for free !!

On this page, I will tell you a little about the places I have actually visited trying to
show why you should visit them too! 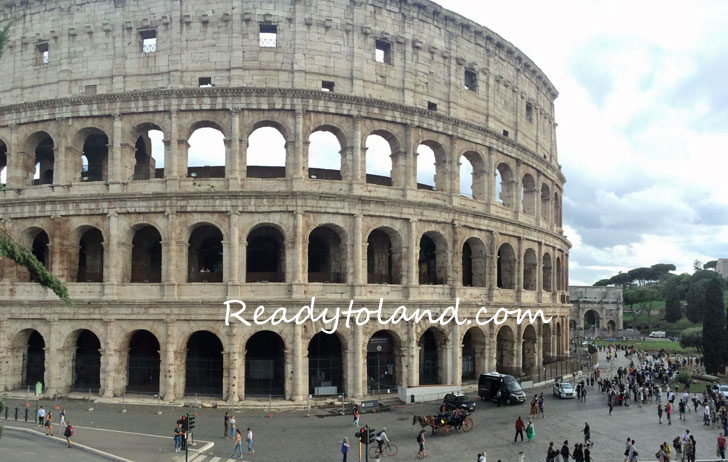 Italy is a country rich in culture, art, and history, where it’s possible to admire historical monuments,
art galleries, churches, museums, villages, lakes. Italy is like an open-air museum.

To move from one city to another, the train is the most convenient, but also the bus;
both are quite cheap even if not always on time.

Each region has its own particularity from the various dialects to the typical food.
Emilia Romagna is known for lasagna and tortellini, Liguria for pesto and
Sicily for sweets such as cannoli. 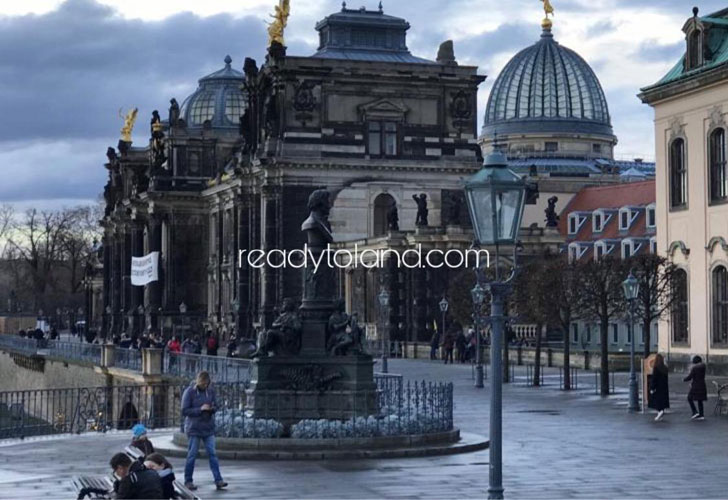 Germany is located in central Europe and is dotted with elegant cities and magical towns
which seem to have come straight out of a fairy tale and are absolutely worth a visit.
Berlin, the capital, is certainly one of the main tourist destinations in Germany but other cities
such as Dresden, Mannheim, Frankfurt are also worth visiting.

In Germany, the transport network is among the best in Europe. For travel from one city to another,
trains are the best choice, both InterCity and InterCity-Express (ICE).

When it comes to German cuisine, I think about Würstel, sauerkraut, soups and potatoes, and beer! In Germany, there are many objects carved in wood, Meissen porcelain,
and the jewels of Pforzheim! Nuremberg, on the other hand, is known for the production of toys. 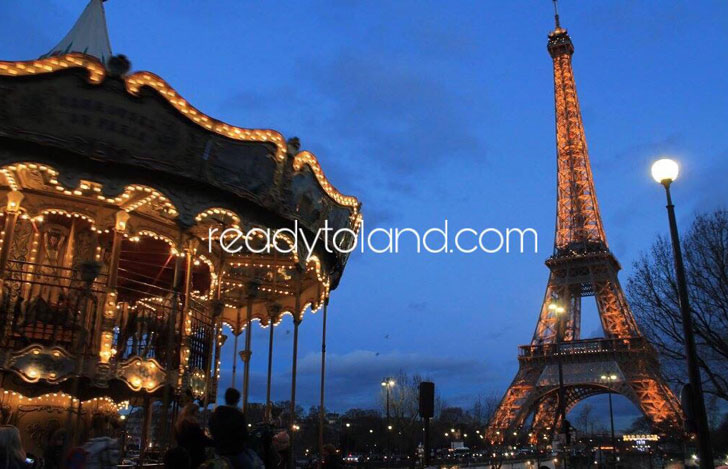 France is located in Western Europe and its territory is the largest in Europe
after the Russian and Ukrainian ones;

A country rich in history, culture, traditions .. but above all, it can entertain anyone:
The capital, Paris, is one of the most beautiful cities in Europe, one of those you would like to visit a thousand times without ever getting tired of it. We then find the picturesque medieval towns and the
magnificent beaches in the south of France.

French cuisine is very rich and offers excellent dishes such as entrecot bercy, a steak
with white wine sauce, chateaubriand, grilled fillet, and canard à l’orange, duck with orange.
But let’s not forget cheeses, like brie, and delicious desserts like St Honore of chocolate, crème caramel, and crepes flambées!

England is one of the four countries that make up the United Kingdom, and it is also
the richest in history.

The capital, London, is home to some of the best museums and art galleries in the world, many
of which are free !!! It is also the most important shopping destination.
From Oxford street to markets such as Camden Market and Portobello to the famous
Harrods warehouse, the first largest in Europe.

Public transport offers excellent service but is quite expensive.

One of the most typical foods to eat on every corner of the street is fish & chips.
The most famous dessert is pudding. 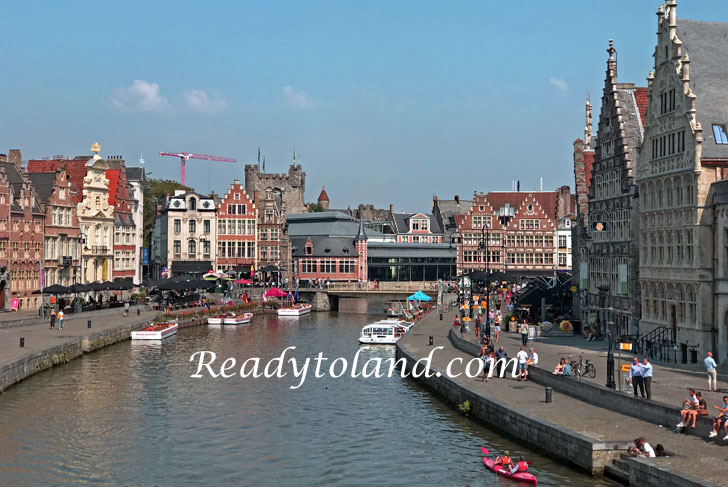 Belgium is located in western Europe, and is divided into three regions: Flanders in the north,
Wallonia to the south and in the middle lies the region of the city of Brussels, the hub of
the political life of the European Union.

It is a small country but full of fascinating attractions and cities such as Brussels, Bruges, Antwerp
and Ghent which can be visited, with the right organization, in a short time.
In fact, Belgium is the country with the highest density of railway networks in Europe.
Brussels has 28 stations.

Rich in culture and art, from painting with Jan van Eyck who started the school of Flemish painters, with the invention of oil painting, with Rubens, Magritte, and Delvaux

Some of Belgium’s specialties are beer, white beer mussels with fries,
the shrimp. As desserts, the famous waffles (gaufres) served with jam, sugar
or melted chocolate, gracht brood, a baked cake finished with caramelized sugar,
speculoos, sweet and crunchy cinnamon biscuits, and chocolate !! 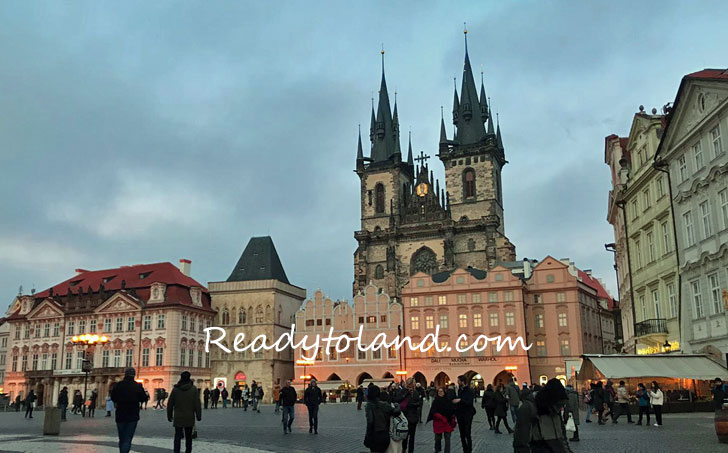 Czech culture has undergone considerable influences from Jewish and German traditions.
The capital, Prague, is over a thousand years old and is full of architectural monuments in different styles. Prague offers three Metro lines (A, B, and C), and excellent tram service.

The most popular dishes are soups, almost all based on onions, roast pork, boiled beef,
and roast duck. Among the desserts, the most popular is palacinka, a crêpes filled with ice cream
or strawberry sauce and covered with hot chocolate. There are also various types of strudel.

The local handicraft products are of excellent quality, you will find especially carved glass,
Bohemian garnet jewelry, porcelain, and ceramics. 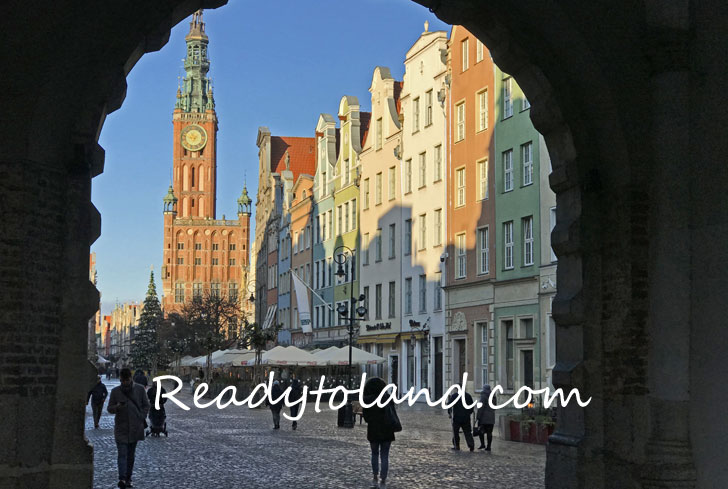 Poland is located in central Europe and is a country with an important history behind it.
You can find sites dedicated to Jewish history and culture throughout Poland.

Polish cities are rich in history but are also very interesting.
The most visited cities are certainly Warsaw and Kraków, but cities like Wroclaw,
Gdansk and Poznan are absolutely worth a visit.

It is a cheap country, so it is possible to stay longer and move around a lot
without spending too much. The PKP train is the most convenient and efficient way
to visit multiple cities.

As a souvenir, you cannot miss the handicrafts and above all amber! 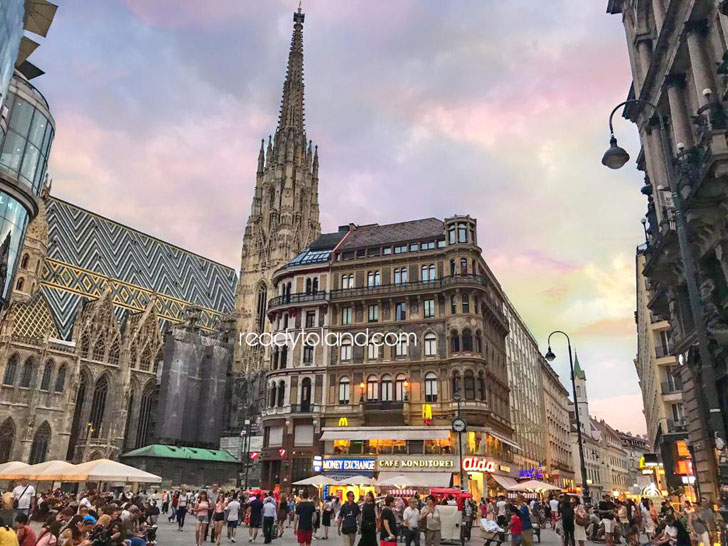 Austria is located in central Europe. It is a country with a rich and long tradition
cultural and musical. We find a mixture of eras in architecture that fascinate
millions of visitors every year.

The capital, Vienna, has an efficient public transport system. There are 5 subway lines,
31 trams and 80 bus lines. However, it is possible to visit the monuments in the historic center of Vienna even just on foot.

Local craftsmanship is very important. You will find many objects in carved wood,
wrought iron and ceramics

Slovakia is located in central Europe and is landlocked.
It became an independent state in 1993, after the separation from Czechoslovakia.
Its capital, Bratislava can be easily reached both by plane and by bus since it is only 60km from Vienna! Getting around the city is simple and cheap.

Their typical dishes reflect Slavic, Latin, and German influences, with frequent use of meat.
A must-try is the potato gnocchi, the crêpes, the soups, and the fried cheese!

Hungary is located in continental Europe and is landlocked.
Certainly not to be missed is the capital Budapest also known as the “Pearl of the Danube”.
Hungarian culture is mainly influenced by Romanesque, Gothic, Baroque, and Art Nouveau traditions.

Traveling by train is very convenient, in fact, there are reduced rates for tourists.
In the capital Budapest, there are trams, buses, and three metro lines.

One of the typical dishes is goulash, which is a soup based on meat, lard, onion, carrots,
potatoes, and paprika. Hungarian wines are also excellent! I recommend a visit to the market of
Budapest to find excellent handicrafts and antiques! 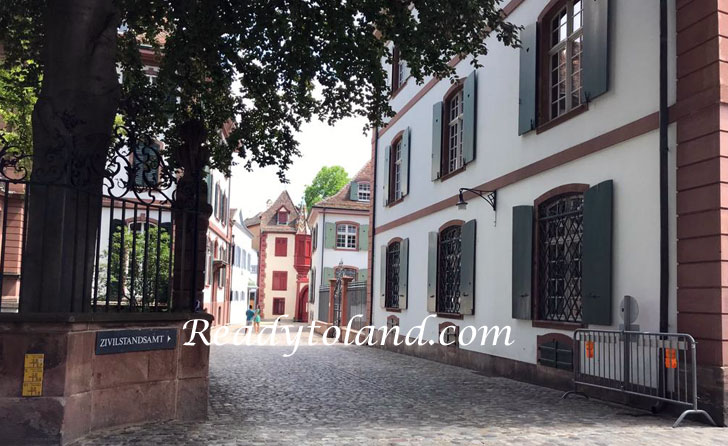 Switzerland is located in Central Europe and is a federation divided into 26 states (called “cantons”).
It is certainly a country suitable for those who like to be in contact with nature, thanks to its scenic wonders, but it is also nice to walk in historic cities such as Basel, Geneva, Zurich.

To get around, the train or buses are recommended.
We for example have reached Basel from Strasbourg, in France with FlixBus.