I must admit that I had never heard of Mannheim until recently.
Instead, it is a large city with a population of over 300,000 inhabitants known as a “university city”.

There aren’t many tourist spots in Mannheim, but it is an important railway hub.
Can be used as a base to visit: Heidelberg, Stuttgart, Frankfurt, etc.

It’s still worth a walk in Mannheim in a few hours!

From Strasbourg in France to Mannheim 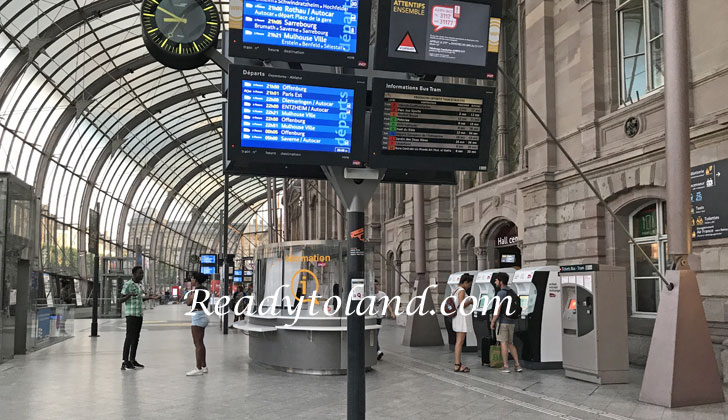 Mannheim is approximately 1h30m from the city of Strasbourg, in France!
We took the TGV train and time passed in an instant

How to buy TGV tickets on mobile

The double-decker train is equipped with spacious seats and a large luggage room. 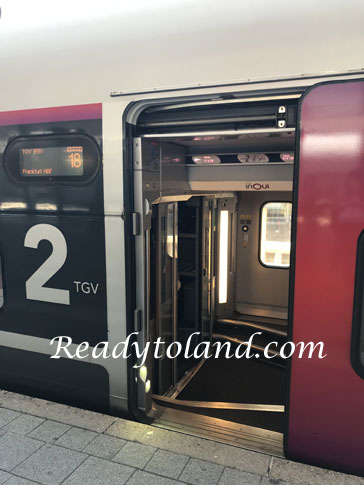 Initially, we had opted for a cheaper option, a long-distance bus, however at the last moment we discovered that the bus would not leave and we took the train! 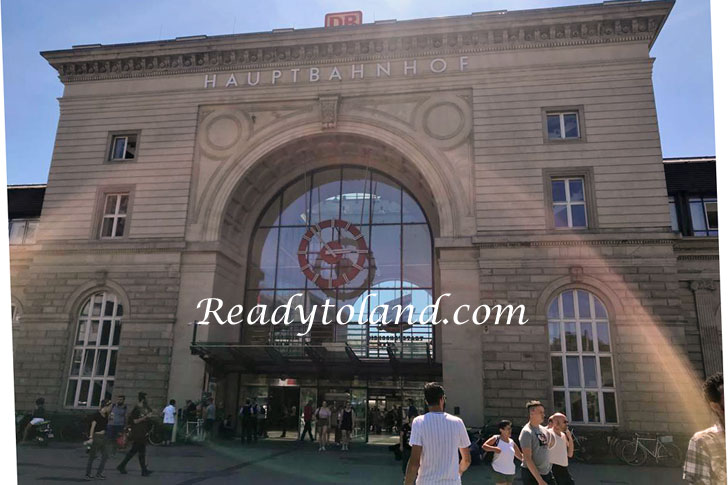 Mannheim Hbf is a large German railway station with 658 trains per day
of which over 200 long distance.

The tracks are accessible by escalators, so you won’t have any problems with large luggage.
There are small supermarkets, pharmacies, department stores, cafes and restaurants
inside the station, so it’s convenient. 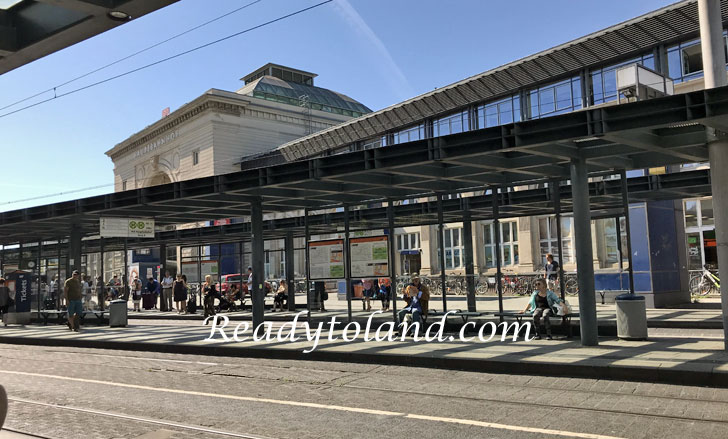 Outside the station, there is a large tram and bus platform convenient for getting around the city!
Tickets can be purchased directly from the vending machine before boarding
(credit cards accepted). 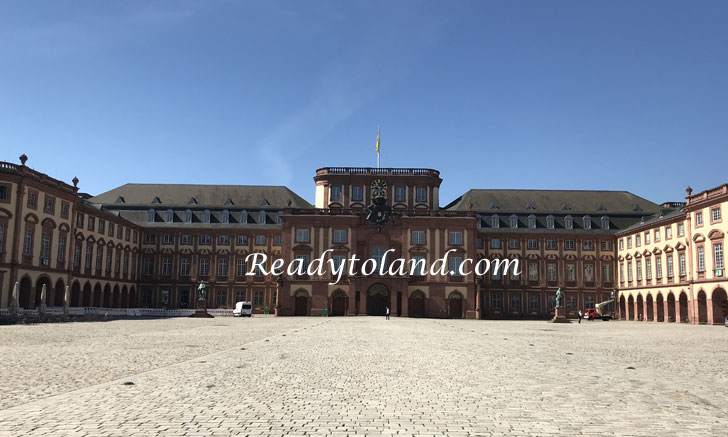 The baroque Mannheim castle was built in the 18th century.
Currently, part of the castle is used as a university and can be visited.

This is the only castle in Germany that is used as a university.

Address: Bismarckstraße, 68161 Mannheim
Access: take tram 1,5 or 15 and get off at Universität
Opening Hours: 10 – 17
Price: € 8 with an audio guide in English, German or French
Official site 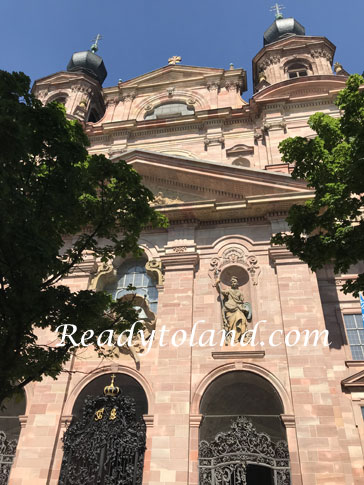 The Jesuit Church, built between 1738 and 1760, is a Catholic church.
It is a 5-minute walk from Mannheim Castle. 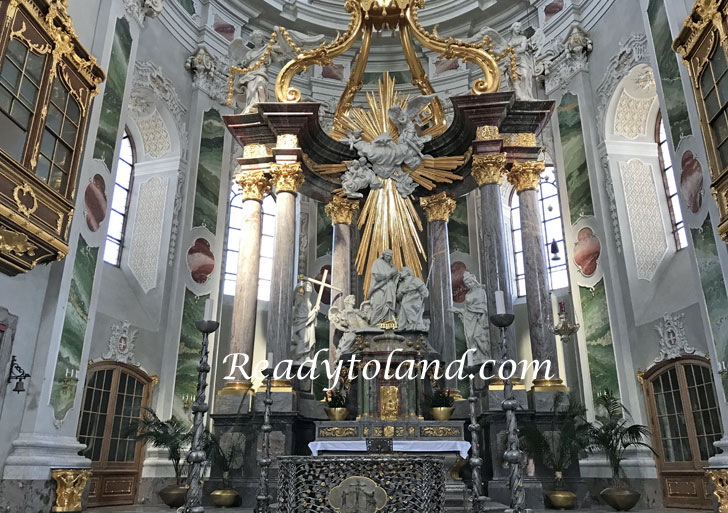 The interior is spacious with luxurious decorations in marble and gold.
It is entirely designed in the late Baroque style 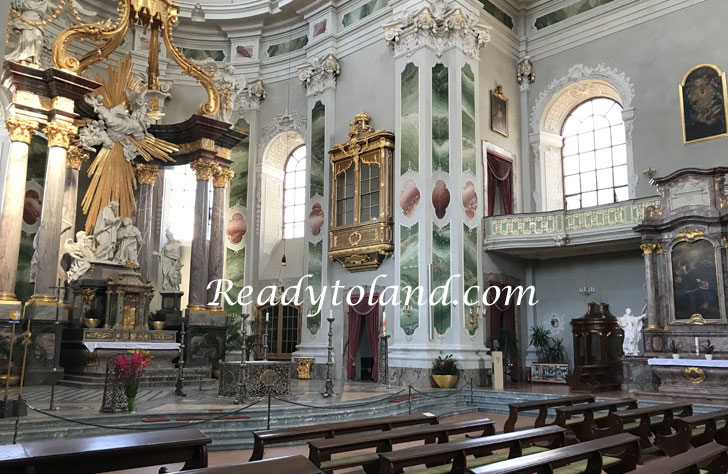 A thin pipe organ is installed on the upper floor.
The sound of the organ has the effect of making the atmosphere of the church more mysterious. 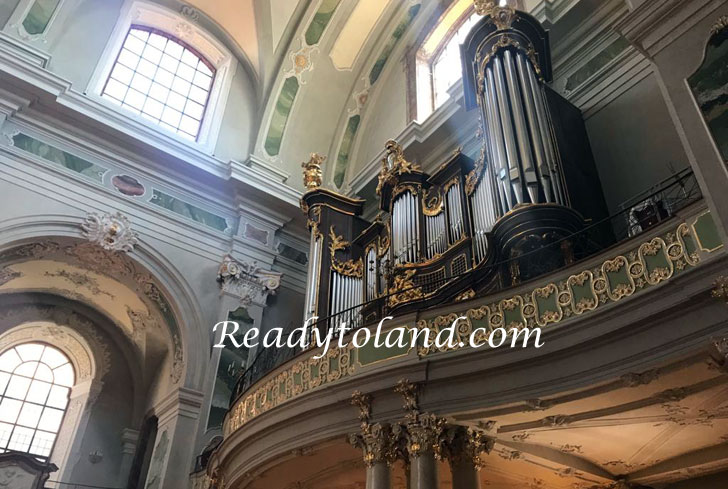 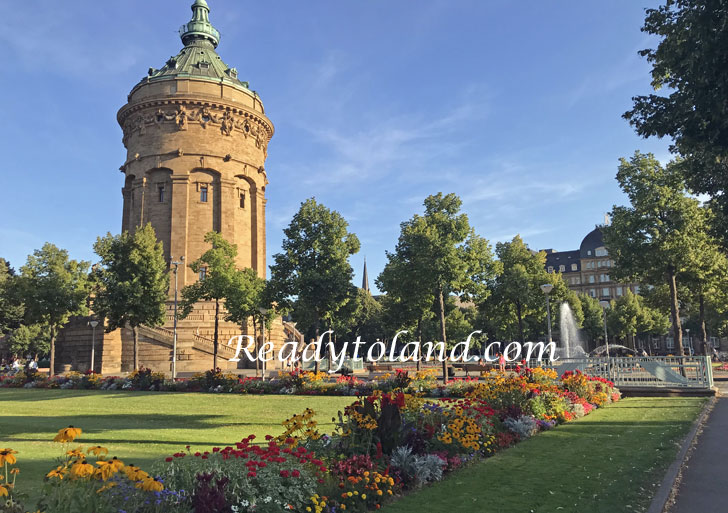 Mannheim’s symbolic water tower was built from 1886 to 1889 on Friedrichplatz.
The tower is 60 meters high and has 2,000 tons of stored water. 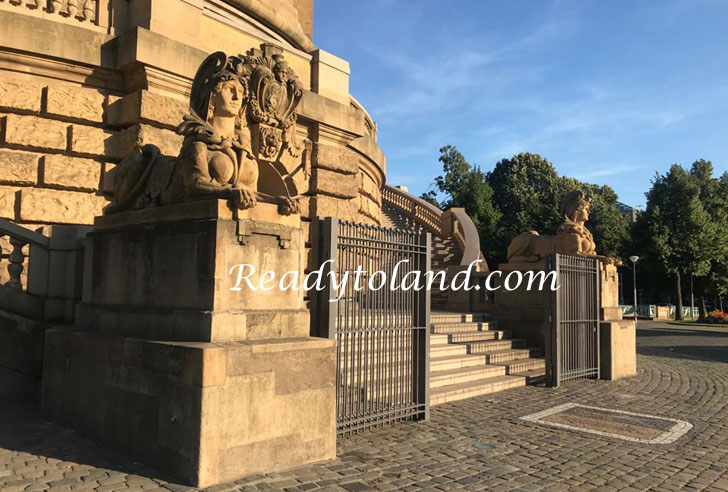 If you go up the stairs to the terrace of the water tower you will be able to take beautiful photos
from above. Inside the park, there are beautifully manicured flower beds, which decorate
the surrounding area to the great fountain. 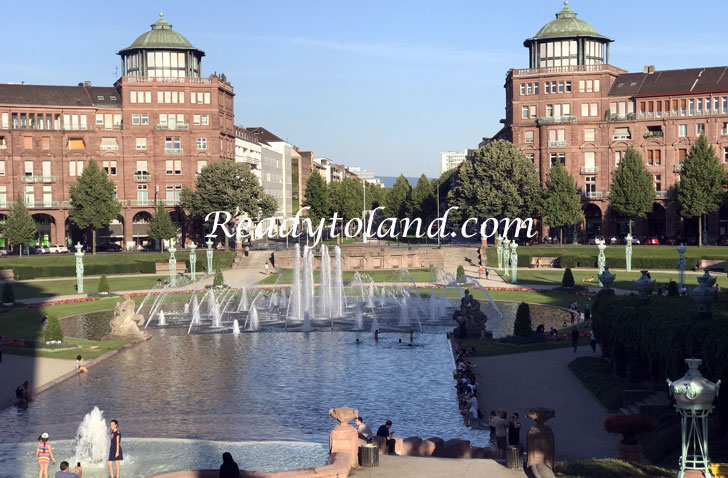 On the other side of Friedrichplatz, there is a shopping area.
Fast fashion stores such as ZARA, Primark, Bershka, H&M

There are also shopping malls, so it’s a good place for a walk or a shopping break. 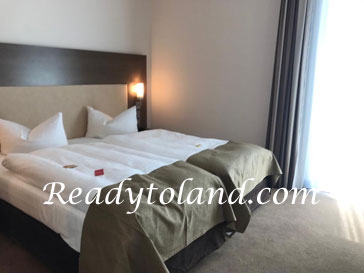 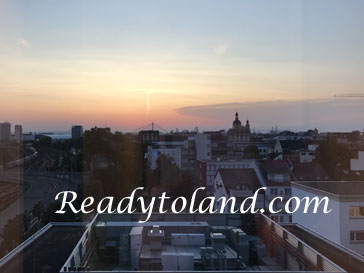 We stayed in the intercityHotel Mannheim which is opposite the station.
It was a new and clean hotel, equipped with wifi, kettle, and fridge.
It has a convenient location and average price.

We chose it mainly because we could get a free transport ticket along with the accommodation.
The ticket is valid for transport in Mannheim and Heidelberg

If you travel by train or long-distance bus from Mannheim, it is recommended to stay near the central station.

The city of Mannheim is a great way to travel towards Heidelberg and Frankfurt, given its location. In fact, to go to Heidelberg are 13 minutes by train while to Frankfurt are
40 minutes by ICE or TGV.

To avoid moving our luggage every day, we preferred to stay two nights in the Mannheim hotel, dedicating a day to the city of Frankfurt. On top of that, Frankfurt hotels have very high prices!

During this 6 day trip, we visited 4 cities and three countries. (Basel Mannheim Strasbourg Frankfurt) Here are some of the best travel spots in Strasbourg. 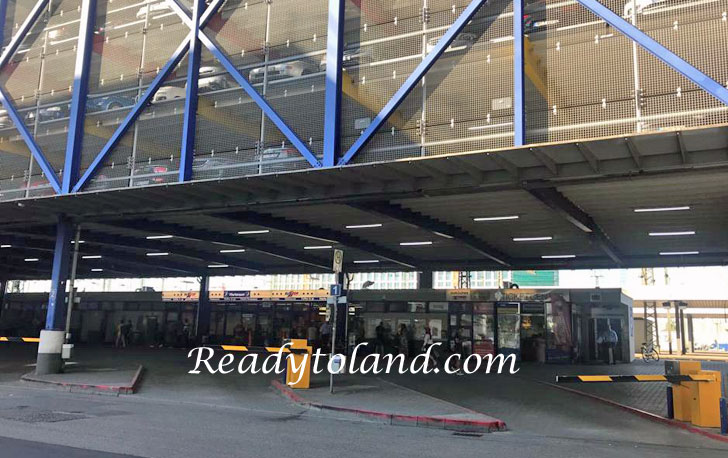 We used FLIXBUS to go to Frankfurt. The travel time is 1 hour and 25 minutes
and it costs only € 4.99 per person.

On the way back we took the TGV train, the duration is 40 minutes and the cost
is € 38.40 for a person in second class.

The Flixbus bus terminal was difficult to find and there was no clear information on the buses
so I recommend getting there early.

Mannheim is not a tourist city, so there are few things to see.
However, it is conveniently located for accessing nearby towns.

We used the Karlsruhe-Baden-Baden airport which is 53 km from Strasbourg and 106 km from Mannheim. Reasonable prices are often found on planes such as Ryanair.

ホーム
What to see in Europe?